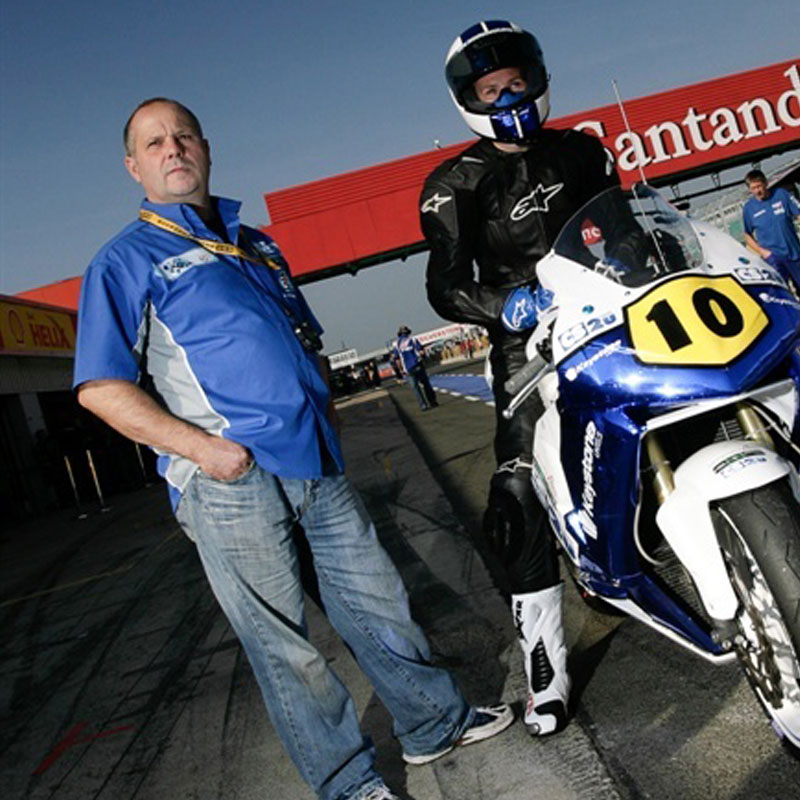 Two Wheel Racing is proud to have competed in the British Superbike Championship with Two Wheel Workshop owners Jenny and Steve running their small team in the highly competitive Championship.

They have achieved many first for the sport with Jenny being the first and only female to have competed at British Superbike level, the first female to score points in the Championship as well as being the fastest female to lap the famous Isle of Man TT during her first ever attempt in 2009 and then upping the record again in 2010, lapping at an average speed of 119.945mph over the 37 and 3/4 mile mountain course.

In 2021 we are hoping to compete in the British Superstock Championship.

For more information about our racing please visit www.jennytinmouth.com